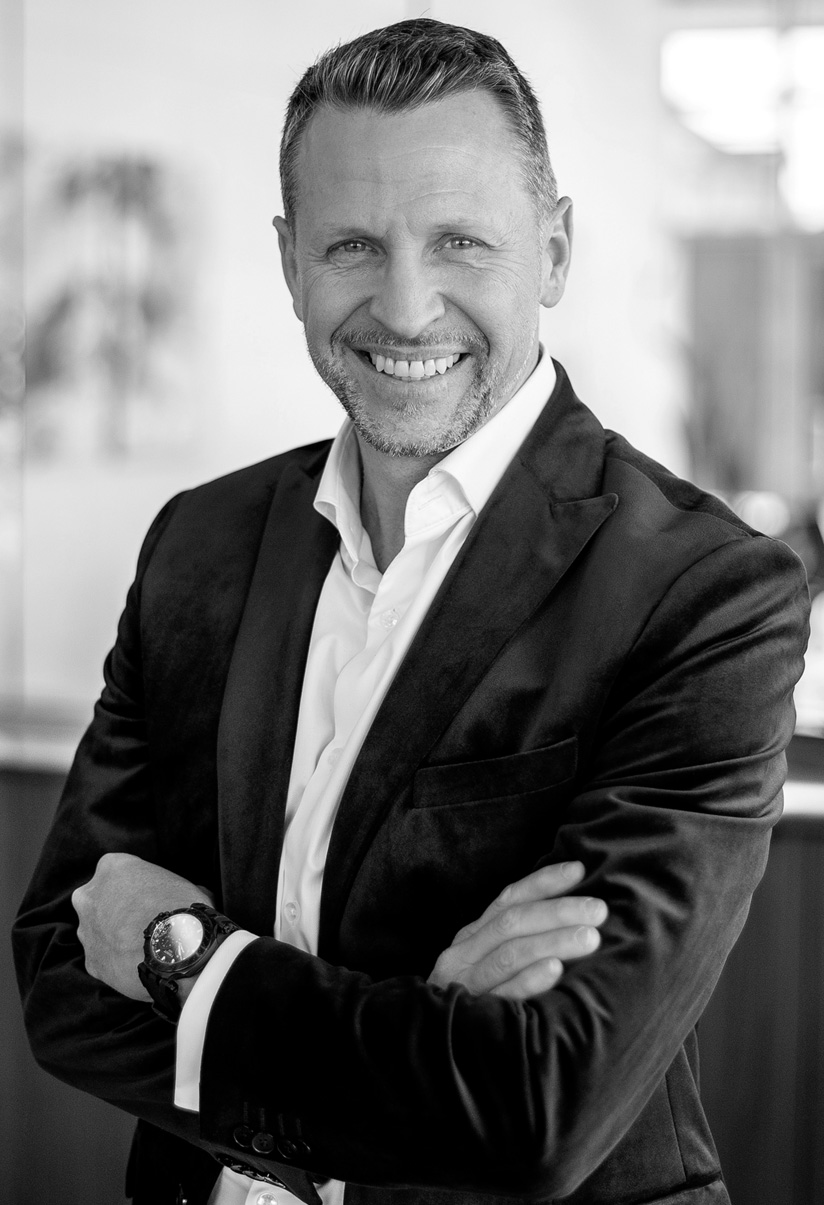 A Rigorous,
Energetic and
Passionate
Professional

A rigorous, energetic and passionate professional with a solid grasp of the world of business and the issues that companies face, Sylvain Lessard has over 30 year of professional experience, including 20 years in the field of group insurance. His expertise, strategic thinking and genuine desire to support Quebec business leaders make him a sought-after and much appreciated consultant in the business world.

Sylvain and his team work hard to modify and emend existing structures and criteria that put small and medium-sized businesses (SMBs) at a disadvantage when it comes to group insurance. In a world of large corporate firms, they stand out with their innovative products and their unparalleled customer experience, designed specifically to meet the unique needs of SMBs.

“We are allies. We work alongside entrepreneurs not only when things are going well, but also when things are more difficult. Basically we exist to support business leaders with solutions, programs and coaching that allow them to create value in their companies and within their teams. We are long-term collaborators who really care about seeing them succeed and grow.”

Helpful and attentive, Sylvain is appreciated for his winning leadership style, which is positive, unifying, participatory, inclusive and instructive. Due in part to his skills, his success is also due to the fact that he is genuinely interested in people. He wants to help them evolve and grow, both the employees in his own company and those in his clients’ firms.

He earned a degree in Marketing and Management Sciences at ESG UQAM, and began his career in telecommunications in Toronto prior to working for Desjardins Group Insurance as an analyst in their sales department. He joined Groupement Services Collectifs in 2005 as a consultant, and went on to succeed Allan Breau as CEO in 2015. He has been a member of the board of Groupe Entreprises en Santé since 2017, and a member of the Mentorship for Entrepreneurs network since 2021.

In his youth he participated in a unique experimental program offered by the University of Montreal four times a week, working with Claude Chapleau and Georges Larivière, two well-known figures in the world of hockey renowned for their psychological support programs for young players. That experimental effort eventually gave rise to sports-study programs, now offered in many schools. Sylvain is also a Level 4 referee in an elite provincial hockey league, which has led to refereeing at international competitions.

You’ll have everything you need to move forward. Smile included.